How would you design your own coat of arms?

If you could design a coat of arms, what would be on it? And just as importantly, why? Many of us like to think that back in the mists of time, our ancestors had impressive heraldry. For example, we might hope that the design on an ancestor’s coat of arms represents that forbear’s deeds of great valour or bravery. We recently ran a Facebook competition and asked our entrants to tell us how they would design a coat of arms for their own name. We asked them to explain the reasons for their choice and the results have proved interesting. The symbols of heraldry are integral to the design of any coat of arms and our entrants came up with some great ideas!

How would you design a coat of arms?

Many of our entrants opted for heraldry symbols that are actually quite traditional on a design for a coat of arms. For example, the heraldry symbol of the lion was very popular among entrants. The lion has always held a high place in heraldry as the emblem of deathless courage, and hence that of a valiant warrior. It is said to be a lively image of a good soldier, who must be ‘valiant in courage, strong of body, politic in council and a foe to fear’. Similarly, the Tiger was a popular choice and this animal signifies great fierceness and valour when enraged to combat. Furthermore,  it also symbolises one whose resentment will be dangerous if aroused. Our responses have shown that it is important to appear courageous and strong, as these feline symbols are widely known to represent such characteristics.

And our canine companions…

That said, the dog was the most most popular symbol for a coat of arms design. In part this is likely because of entrants’ love for their four-legged friends. Symbolically dog is the emblem of faithfulness, fidelity,  and guardianship and courage in heraldry. They were considered loyal and temperate and were also the symbol of a skilled hunter. These are all attributes that would be desirable for a coat of arms design. Interestingly, the dog was also associated with priests since priests were watchdogs against the devil. There are several differently named dogs blazoned on coats of arms, and breeds that are represented. These include bloodhounds, greyhounds, mastiffs, spaniels and terriers.

Dragons were just as popular as tigers amongst our entrants ideas for a coat of arms design. Those opting for a dragon did so because they were proud of their Welsh identity. On a coat of arms design, the dragon is The dragon is often represented because of its supposed keen sight, which enables it to guard treasures well. It is also said to be the most valiant of creatures; therefore, the dragon is a symbol of a most valiant defender of treasure.

Horse were the third most popular choice for a a symbol to incorporate into a design. Mostly, this was because respondents loved their pets. However in heraldry, the horse is a very popular choice for a design on a coat of arms. Horses are considered very spirited, powerful and beautiful animals. They were thought of like brave warriors: highly skilled fighters who loved victory and were miserable when conquered. The horse signifies readiness to act for one’s country. In heraldry, it is also a symbol of speed, intellect and virility. As a result the horse will be found in arms as rampant or salient (in a fighting position), courant (running), as well as passant (walking) and trotting. It may be drawn saddled and bridled, with a rider or without. Horses are also often found as supporters of a crest.

And some of the other ideas!

It has to be said that many comments had been very well-considered, and we had a wide range of ideas for coat of arms designs, and suitable symbolism to reflect the bearer. These ranged form hyenas, budgies, monkeys and cows, to whales tortoises, giraffes and orangutans. It seems that people are keen to express their individuality through heraldry, and this exercise has been a fun way of allowing people to express symbolic ideas for their design. 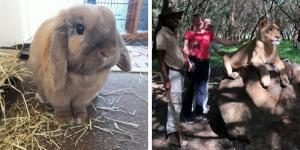 Coat of arms design inspiration came from pets and travels!

If you are interested to find out more about the symbolism of animals in heraldry, or want to design a coat of arms for fun, then have a look at our blog posts about animals in coat of arms designs, parts one, two and three. We have a useful blog post about colours in heraldry, which you can read here. Plus, if you are interested to know more about artistic interpretation in heraldry, click here. Our blog post ‘does my family name have a coat of arms‘ might answer some of your questions. We have a wide range of gift ideas suitable for all occasions that are sure to impress. Visit our shop for inspiration.