The image, history and reality of Scotland’s famous clans 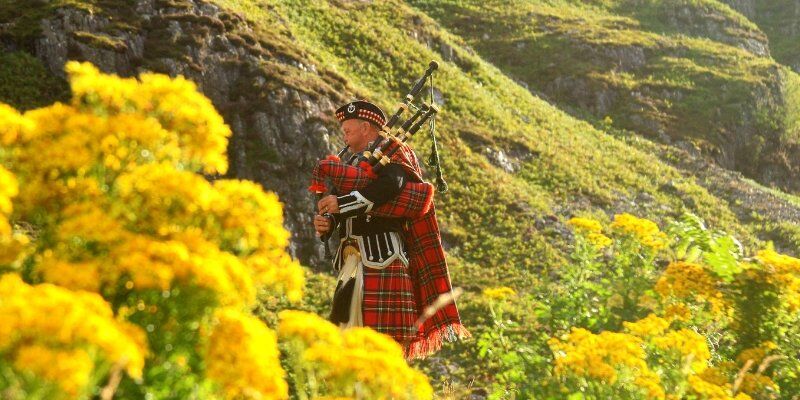 We thank our friends at Scotland Magazine for providing this fascinating article about the image, history and reality of Scotland’s famous clans. Scotland Magazine is a bi-monthly publication for all who love Scottish culture, travel and history. As such, they are experts in their field and we are grateful to them for this contribution.

Clans – the word evokes images of tartan-clad Jacobites, fired by a fierce local and national patriotism, brandishing broadswords as they rush joyously to war, urged on by the skirl of the pipes. Is that an accurate reflection of the clan system?

Despite its obvious exaggeration, that slightly caricatured portrayal is closer to the truth than the modern school of hairshirt historians would have us believe. Sometimes history and romance coincide to a remarkable degree and the Scottish clans are a striking example.

Clanship was the system which replaced the former division of Scotland into seven tribal areas in Pictish times. It began with the introduction of surnames, around the reign of King Malcolm Canmore (1058-1093). The clans provided the basic structure of Highland society for the best part of a millennium and the social organisation of the Borders and even parts of the Lowlands was similar in many respects.

Although clanship is based on blood affinity, a striking feature of the Scottish clans is their descent from totally different races. The MacLeods derive from Norsemen; the Murrays and Sutherlands from Flemish stock; the Bruces, Chisholms and Frasers from Normans and Angevins; and the royal house of Stuart from a Breton nobleman. In contrast, Clan Chattan and the MacMillans descend from old Celtic ecclesiastical office-bearers. It is an area which offers rich possibilities for modern techniques of DNA research. 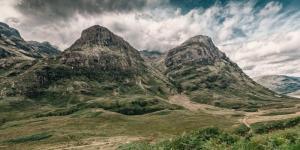 What does the word clan mean?

The Gaelic word clanna means ‘children’ and that spells out its essence: a clan is a family. In theory, every Scottish clan is an extended family, with all its members descended from one original patriarch, like the Jewish tribes in the Book of Genesis. Can that be true? Is every Campbell, for example, descended from the distant Diarmid, semi-mythological founder of the house?

The chiefly line of each clan, deriving from the original patriarch, and its cadet branches had a well-recorded existence. But a clan was composed of ‘native men’ and ‘broken men’. The native men were the direct descendants of the original bloodline. The broken men were those individuals, from other clans that had been dispersed. They sought refuge in a particular glen and pledged allegiance to the local chief. They in turn intermarried with the native inhabitants so that their descendants also carried the genes of the clan.

The advent of DNA provides an opportunity to investigate the theory scientifically. Small-scale DNA tests carried out among volunteers from branches of Irish clans still living in their ancient territory have provided startling evidence of genetic integrity. It is only a matter of time (and money) before a similar exercise in Scotland may prove that science is on the side of tradition and that the ancient chroniclers were historians rather than fantasists.

The clan, then, was truly a family. It was also a self-contained political unit, comprising government, legal system and even social welfare provision. The chief was the monarch, whose word was law; but even he was bound by the traditions and legal institutions of the clan system. Around him he had a court and government, composed of the high officers of the clan. These included the tanist (the heir to the chiefship, not necessarily his eldest son); the commander, who led the clan in war; and the brieve, or judge, whose office was usually hereditary.

Who were the principal men of the clans?

The principal men of the clan were the derbhfine – the immediate relations of the chief, effectively the ‘royal family’ – from among whom the chief was chosen. Below them were the lesser chieftains; then the duine-uasail or gentlemen of the clan; the tacksmen, who held modest pockets of land; and then the ordinary clansmen. It was a rigidly hierarchic system; but, at the same time, it was democratic. Unlike England, where the social system was divided horizontally into upper, middle and lower classes, Scottish society was divided vertically. Every Macdonald, of whatever rank, had more in common with his fellow clansmen than with anyone of any other name.

The chief who most faithfully honoured this tradition, well into the 18th century, was the notorious Simon, 11th Lord Lovat, the last peer in Britain to be beheaded for high treason. As chief of his branch of the Frasers, Simon was meticulous in acknowledging the blood bond between himself and his clansmen. He would stop his coach in some remote glen and beckon to a ragged stripling. There he would interrogate him about his ancestry and then inform him – perfectly accurately – that he was his eighth cousin. Lovat, a fraud in many other respects but never in this, expressed his sentiments in the moving words: “There is nothing I place in balance with my kindred.”

As for the other traditional attributes of the clans: were they all Jacobites? By no means. A report by General Wade in 1724 estimated that there were then 22,000 men capable of bearing arms in the Highlands, of whom

10,000 followed chiefs sympathetic to the Hanoverian government and 12,000 belonged to Jacobite clans. Some clans were staunchly Whig and hostile to the exiled dynasty; prominent among these were the Campbell’s, Ferguson’s, McKay’s and Ross’s.

Religion also differentiated the clans. Some, like the Campbell’s, were Presbyterian; others, such as the Gordon’s, were Catholic. The Chisholm’s, at one point in their history, were a Catholic clan with a chief who was a Covenanter. Many Highland clans were Episcopalian.

The character of Scotland’s famous clans

What dictated the character of a clan was the territory it occupied. The Campbell’s built up a vast empire, dispossessing the MacGregor’s and other less fortunate clans, which gave them great economic power. The Grahams’ lands, although small, were very rich. The Mackenzie country traversed Scotland from coast to coast and was larger than many sovereign territories within the Holy Roman Empire. The Cameron’s desperate, life-or-death struggle to hold their lands of Glen Loy and Loch Arkaig was a matter of basic survival. The only Highland clan to boast an effective force of cavalry was the Gordon’s, because the flat countryside they occupied in the north-east was conducive to horsemanship.

As for the most visual and romantic tradition of all: did the clans wear tartan? Yes, they did. Even the Roman chroniclers commented on the brightly striped clothing of the northern inhabitants of Britain and the Picts wore a kind of chequered cloth. By the 16th century, tartan was a fact of life. The household accounts of King James V record the cost of a suit of tartan clothes.

On the other hand, it would be unrealistic to pretend that distinctive tartans existed as a uniform of individual clans, much before the 18th century. It is safe to assume that the system of ‘clan tartans’ evolved by accident. The weavers manufacturing cloth in a particular glen would rely on certain vegetable dyes.  This would result in producing a single pattern that would be used for the garments of everyone in the neighbourhood. Thereafter, that distinctive ‘sett’ would identify its wearer as coming from a specific place and from a certain clan. 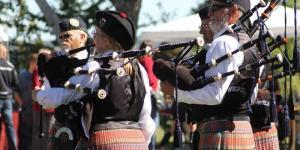 Scotland’s famous Clans are usually thought of in a Highland context; but there were families in the Borders and even the Lowlands which functioned effectively as clans. What differentiated them from the Highland clans was the fact that they did not claim descent from an original patriarch.  There were in face organised under the feudal system. Even in the Lowlands, the ability of a great noble house such as Hamilton to call out its followers in war effectively mirrored the clan system. That is, despite the fact it was based on feudal obligations.

In an isolated rural society, local intermarriage also created a blood bond within the Border clans, whose great names included Scott, Armstrong, Elliot and Graham. The tradition of unremitting warfare, under a chief of their name, which was the lifestyle of these Border families was identical to the conditions under which the Highlanders lived. It is commonly assumed that the bloodiest clan feud was that between the Campbell’s and the Macdonald’s. In fact, the bitter quarrel between the Border clans of Johnstone and Maxwell claimed more lives.

The dispersing of Scotland’s famous clans

There are claims that the clan system was irretrievably dishonourable by the complicity of some chiefs in dispersing their clansmen overseas during the Highland Clearances. Some of them honestly believed they were doing what was best for their people (the subsequent careers of many Scots in North America give this some credibility). In contrast, Norman, 27th Chief of MacLeod, fed nearly 7,000 people in 1847 who were starving during the potato famine. None died, but the chief was ruined and had to work as a glorified clerk in London. Of course, old Lovat would have approved!

Nowadays, there are now more than 30 million people of Scottish descent living overseas – six times the present population of Scotland. Many of them still identify strongly with Scotland’s famous clans, as is only natural: blood will out. No other nation has a heritage which is at once so dark and bloodstained, yet so colourful and romantic. Clanship was formerly a way of life: today it is a much valued birthright. 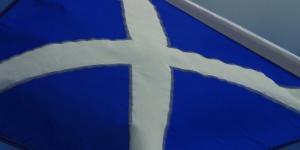 There are now more than 30 million people of Scottish descent living overseas.

Are you tracing your own Scottish ancestry? We have a variety of blog posts that might help, including ‘Tracing your Scottish Ancestry‘ , a ‘Guide to Scottish surnames‘. If you’re organising an event check out  ‘Planning a Clan gathering‘. You might like to look at our Clan History Scroll, to add a bit of colour to your own research. Thank again to our friends at Scotland Magazine, the bi-monthly publication for all who love Scottish culture, travel and history. Plus they are offering a free trial copy for all Hall of Names customers. Simply click here to register.