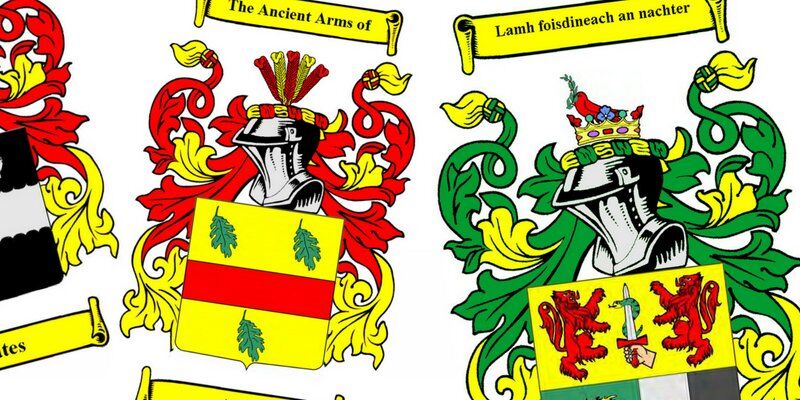 Contrary to popular opinion, coats of arms were rarely recorded visually. That is to say in the form of a picture or drawing and this is the true language of heraldry. And so, today it is often up to the heraldic artist to render arms from a written description. As a result, there is no absolutely correct way to draw or paint a lion rampant, for example; however, the size, proportions and positioning of the lion do follow a precise format that is still in use today.

The language of heraldry is used to describe the heraldic tinctures (metals, colours and furs), ordinaries and devices. This was developed to quite a concise but common language throughout Europe by the sixteenth century. While many countries often recorded the arms in their own language, the structure was for the most part universal (generally the tincture of the surface of the shield is provided first, followed by ordinaries and devices or emblazons and their colours. Thus the expression ” Ar… a lion ramp. sa…” can be translated to “Argent, a lion rampant, sable” or a silver shield with a black lion rampant. As you can see, the heraldic description is neither French, Latin or English. But it can also be a mixture of many languages that has developed over the centuries.