What is the correct way to fly the Union Jack?

What is the correct way to fly the Union Jack?

Could you tell if the Union Jack is being flown in the correct way? And is it right to call it the Union Jack at all? In this article, we shed some light on some common bones of contention! For the purposes of this article, we have sourced information from a You Gov survey about the Union Jack and from the Flag Institute. (The Flag Institute is the British centre of excellence for everything connected with flags, past, present and future). We have also sought opinions from our own customers in a special Facebook poll.

A little bit of history…

The national flag of the United Kingdom was first created in 1606. It was first known simply as ‘The Flag of Britain’ or ‘The British Flag’.  It comprised the following references:

It was ordered that the flag be flown at the main masthead of all ships, warships and merchant ships, of both England and Scotland.

The present flag dates from 1801, when the cross of St Patrick was added to represent Ireland. It is from this time that the United Kingdom of Great Britain and Ireland was formed. The cross of St Patrick is an x-shaped red cross). The inclusion of St. Patrick’s cross is interesting because St. Patrick was not martyred and therefore did not have a cross. The red saltire (diagonal cross) on white was the emblem of the powerful Irish Fitzgerald family and was a convenient symbol for Ireland. 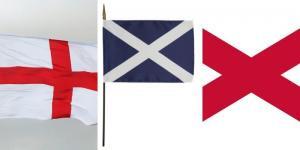 The flags of St George, St Andrew and St Patrick.

The Union Flag is one of the best-known national symbols in the world. But would you call it the Union Jack or the Union Flag? Would you know how to fly it, and would you be right? It is not surprising that there is so much apparent confusion about its origins. Debate has long raged about the correct terminology. According to a YouGov poll, almost half of Britons believe that ‘Union Jack’ is the correct term. In fact, 49% of their respondents believe this to be the case. Almost a quarter of people think that ‘Union Flag’ is the only correct term, unless the flag is being flown at sea when it can be called the Union Jack. But is this correct?

The word ‘Jack’ was most certainly used before 1600. It described a small flag flown from the small mast mounted on the bowsprit. The Flag Institute explains that ‘by 1627 it appears that a small version of the Union flag was commonly flown in this position. For some years it was called just ‘the Jack’, or ‘Jack flag’, or ‘the King’s Jack’. But by 1674, while formally referred to as ‘His Majesty’s Jack’, it was commonly called the Union Jack, and this was officially acknowledged’. Some say that to fly the flag upside down is a signal of distress at sea, others that it is insulting to the Crown.

Is the term ‘Union Jack’ only used for the flag at sea?

So can you call it the Union Jack if it is not on a boat at sea? Must you call it the Union Flag if it’s on land? YouGov clarifies this position: ‘Despite the current confusion, the debate on whether the flag can be called the Union Jack seems to have been settled as far back as 1908. The Flag Institute provides further detail on this: ‘From early in its life the Admiralty itself frequently referred to the flag as the Union Jack, whatever its use. In 1902 an Admiralty Circular announced that Their Lordships had decided that either name could be used officially. Such use was given Parliamentary approval in 1908 when it was stated that “the Union Jack should be regarded as the National flag”’.

Furthermore, the authoritative A Complete Guide to Heraldry published in 1909 by Arthur Charles Fox-Davies uses the term “Union Jack. For further detail, have a look at  ‘Flying flags in the United Kingdom’. This is an excellent publication produced by Parliament’s Flags and Heraldry Committee. It was created in conjunction with the Flags Institute. In other words, it is the ‘go-to’ publication for flag protocol. Their website is also an excellent source of information.

So, there we have it…the rules were relaxed more than a hundred years ago and you can call it either!

Which way should it be flown?

Despite 55% of the YouGov respondents saying that they like the flag, many are unable to say which way up it should be flown. Furthermore, few people realise that there is a correct way. So, what should you look for? 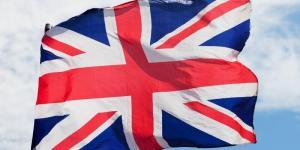 The wider part of the white stripe should run along the top of the flag, nearest the pole.

Have a look at the width of the white panels at the top, nearest the flagpole. The fatter part of the white panel should be along the top edge of the flag, nearest the pole. The narrower part of the white stripe at the top should adjoin the flagpole. Would you have known this? Don’t worry if not because you are not alone! 33% of people in the YouGov survey chose incorrectly. Plus, a further 22% didn’t know, so you are in the majority! It is undoubtedly easy to miss this detail. A point often overlooked is the reason why the white stripe takes precedence at the top. It is specifically because the white cross of St Andrew of Scotland takes precedence over the red cross of Ireland’s St Patrick, because it was included first.

Here are the results from the YouGov survey, giving a more detailed analysis of the answers given by their respondents. 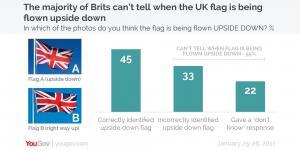 Results of the YouGov poll

The symbolism of the flag.

At this time of division in the UK, it is interesting to read about the symbolism of the Union Jack in the ‘Flags and Heraldry Committee’ guidance.

“The Union Flag signifies the unity of the nations that make up the United Kingdom and dependencies and demonstrates the bonds of citizenship which we all share. Whatever our differences may be, whatever our faith, culture, political views, ethnicity, first language or traditional customs, we can all stand beneath this flag united together in common purpose”. This is undeniably a laudable sentiment. Do you agree?

Without doubt, this is a common question. There is no representation of the Welsh nation on the Union Jack, despite Wales being very much part of the Union. In fact, the Welsh symbol of the red dragon is recognised worldwide. Back in 2007, the Welsh Labour MP for Wrexham Ian Lucas wondered the same thing and brought it up in Parliament. He even designed a version of the flag to show Wales included (see below).  So why isn’t it included? 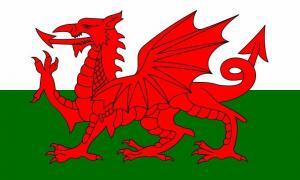 The dragon on the Welsh flag is an internationally recognised symbol.

Well, back in 1606, when the flag was first created, Wales was already united with England and had been since the 13th century. Being a principality instead of a Kingdom meant that it could not be included. In due course, things changed and in 1536, under Henry VIII, the Act of Union joined England and Wales officially. Of the YouGov respondents questioned, 55% of Brits would support a Welsh symbol being included in the Union Jack. Unsurprisingly, 72% of the Welsh Nationals questioned would support it. But what do you think? Should the Welsh symbol of the dragon be included on the Union Jack, or are you happy with the design as it is? 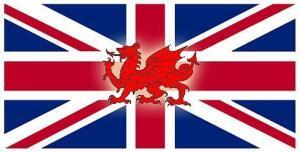 How the flag might look with the Welsh Dragon included.

We decided to put the question to our own Hall of Names customers. In a recent Facebook poll, we asked our customers if they knew which way the flag should be flown, and we were surprised by the results! In fact, of those that took part, 70% answered correctly! They knew that the Union Jack’s white stripe should have its thicker side along the top edge of the flag, nearest the pole. Our customers must be a knowledgeable bunch, because only 45% of the YouGov respondents. 30% of our respondents answered incorrectly. It must be remembered though, that this flag-flying business is not as straightforward as it seems, as shown in this article!

What you shouldn’t do with the national flag!

Did you know that there are several things that you really ought not to do with the Union Jack? It is certainly improper to hang it upside-down, but here are a few other tips from the Flag Institute, regarding what you should not do with the flag.

Did you know any of those things?

Nevertheless, there are ways in which it is acceptable to use the Union Jack, including for purely decorative effect. In these circumstances, it is best to confine the display to flags of lesser status; ‘for example, house flags, pennants or coloured bunting’. If a person would like to use a flag for a burial ceremony, the Flag Institute offers the following advice. ‘It should be placed so that the top left corner of the flag is over the deceased’s left shoulder. The flag should be removed before interment or cremation and folded’. In fact, there is even a correct way to fold the flag according to Royal Navy tradition.

Did you get the answer right? And what do you think about the inclusion of the Welsh dragon symbol? Let us know!  Plus, if you would like to order a surname history scroll, with border graphics relating to the name’s country of origin, click here.