Coats of arms and their uses 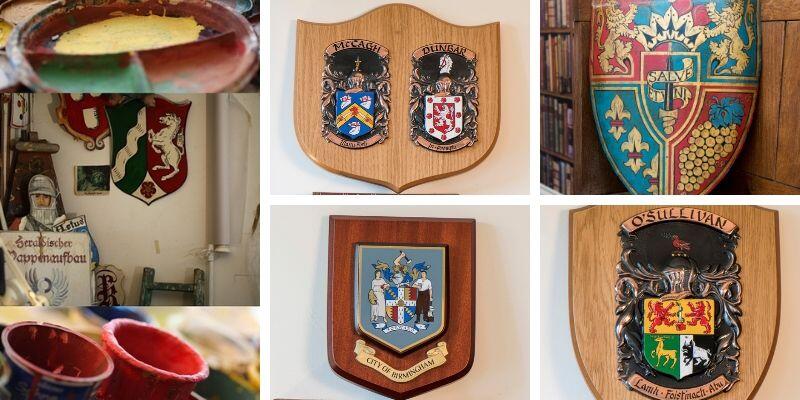 One of the most recognisable global images is that of a coat of arms. Coats of arms began life as the images shown on the shield of a medieval knight. Most people would know a coat of arms when they see one and could probably make a good guess at some of the symbolism. In this article, we examine some of the types of heraldry and provide useful links to other articles.

A shield is the normal design form of a coat of arms. Within the space of the shield, there are images and sometimes letters, words and numbers. Sometimes there will be an accompanying motto, often in Latin. Many people like to proudly display their heraldry on a hand-made shield. To read a short article about mottoes on coats of arms, click here.

There is rich symbolism in the heraldic imagery and each image has a deeper meaning and significance. The same can be said of colour on a coat of arms too, which is highly symbolic. In fact, the images and symbols on a coat of arms will have meanings embedded in them from centuries ago.

Coats of arms are packed with symbolic imagery.

For example, here are just a few of the many popular images found on a coat of arms – click here to read our free online heraldry dictionary.

Lion: Deathless courage and hence the symbol of a valiant warrior.

Chains: Chains are a symbolic representation of reward for acceptable and weighty service.

Chevron: Represents the foot of a house, derived from the French work ‘chevron’ meaning rafter. It signifies protection.

There are literally hundreds of symbols that appear on coats of arms, all with their own meaning and significance. What would you choose and why if you were able to design your coat of arms?

The Royal coat of arms

Does every name have a coat of arms?

The first documented use of coats of arms in medieval times is on the Bayeux Tapestry, which dates from the 11th century A.D. However, the heraldry is not automatically passed on to subsequent generations. In this way, it is a mistake to believe that every family or individual has their own coat of arms (read more here).

That said, it is totally understandable that individuals will want to celebrate the heraldry of a bearer of their own surname, even if it is in the depths of history. For example, our surname history scrolls display the earliest known imagery for a bearer of the name. You can check to see if we have your surname history on our database by typing it into the name search facility at the top of this page. Sometimes, we have options for the place of origin. For example, the surname Kennedy is available as a Scottish or Irish origin scroll. It’s so easy to order your own surname history scroll with beautiful heraldic decoration for the name – click here to tell us your surname and order a print – we normally send them the same day!

Coats of arms of societies, clubs and organisations. 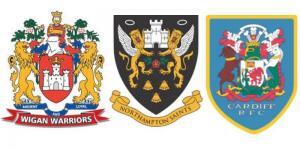 Sports clubs frequently have their own heraldry.

Nowadays, many organisations, clubs, and groups have their own coats of arms. It is a great way to show a link to a particular group of people. For example, sports clubs will often proudly display a shield and also use it on promotional literature and clothing, as well as in a club house. Similarly, educational establishments such as schools and universities have their own heraldry, often displayed on clothing badges or other attire. The popularity of heraldry is as great as ever, and even the national press have reported on heraldry.

In this way, the coat of arms becomes as important to some people as their own national flag. It relates to a person’s sense of identity. Also, of belonging to a wider group or community of like-minded individuals. We all want to belong, and a coat of arms is one way to achieve that sense of being part of something bigger. Similarly, companies often have their own coat of arms, for example the supermarket Tesco and the retailer Marks and Spencer being two famous examples. 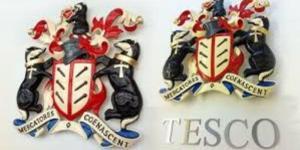 Well-known companies often have their own coats of arms.

If you are looking for a coat of arms to be displayed on commemorative plaques for your own club or society, we can help. Our shield artist David is able to create multiple orders for societies and clubs wishing to display their heraldry on a plaque. To find out more,  click here.

Are crests the same as coats of arms?

Like the crest of a wave, this appears at the top of a coat of arms. It is an important way of quickly identifying what the bearer did to receive the coat of arms in the first place.

We hope you have enjoyed these few interesting facts about coats of arms. If you would like to order a surname history scroll, featuring the earliest coat of arms for a bearer of your surname, click here.