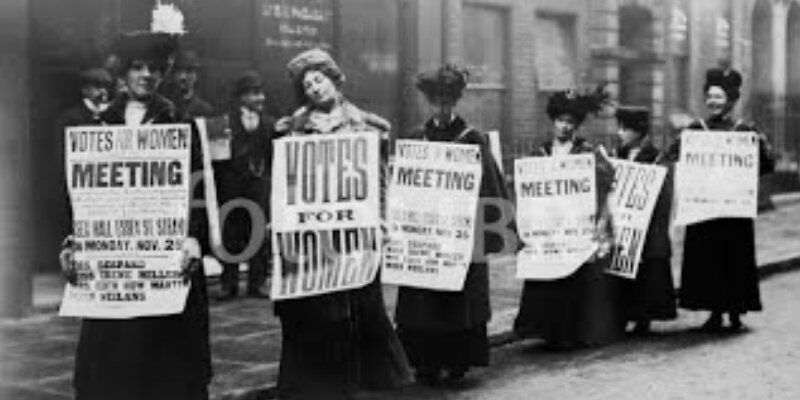 On February 6th 1918, votes for women finally became a reality. During the years of the First World War, up to 2 million women had proven that they were just as capable as men at doing traditionally ‘male’ jobs. However, the vote was only given to women over the age of 30, who had specific property rights. In this article, we provide a timeline of events that led to this historic moment. 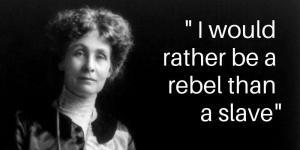 Emmeline Pankhurst was a leader in the suffrage movement

1832:  Women were excluded from the electorate. The Great Reform Act defined ‘male persons’ as voters, and so began the first suffrage petition to Parliament. It was the first of many.

1867: More than 30 years after the first petition, Parliament held its first debate on women’s right to vote. Despite campaigning to be included in the third reform act, women were still denied the right to vote.

1889: The Women’s Franchise League forms. This league was formed to gain the support of married women as well as single and widowed women.

1897: As the women’s suffrage movement gained popularity, the National Union of Women’s Suffrage Societies was formed. In this way, all of the peaceful suffrage movements came together under one banner. The society was formed by Millicent Garrett Fawcett.

1903: The Women’s Social and Political Union was founded. Known as the WSPU, this union was founded by Emmeline Pankhurst in Manchester. This was 36 years after Parliament had denied women the right to vote. 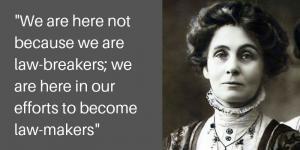 Many Suffragettes took to the streets for the cause.

Women take to the streets:

1905: Women take to the streets. In previous decades, petitions and protests had been peaceful. However, so many years of being denied the right to vote resulted in ‘justifiable militancy’. Crimes were committed, including acts such as breaking windows and damaging property.

1908: Marion Wallace Dunlop went on hunger strike this to draw attention to the cause. Brutal force-feeding of women began the following year.

1910-1912: Parliament considers a number of conciliation bills, although none of them pass.

1913: Emily Wilding Davison stepped out out in front of a horse at the Derby. She died of her injuries four days later. Thousands of women attended her funeral. In the course of her adult life, she had been arrested nine times and force-fed a horrifying 49 times.

1918: On February 6th, following the years of the First World War, the Representation of the People Act was passed. This was a pivotal moment and meant that finally women gained the vote. It had been petitioned for on more than 16,000 occasions. However, not all women were allowed to vote. It was only those over the age of 30, who met certain criteria in terms of property ownership. The age of 30 was chosen so as to avoid more women than men being on the electoral roll, following the tragedies of WWI. 8.5 million women were eligible to vote in the general election of December 14th that same year.

1928: In an amendment to the Representation of the people Act, all those aged over 21 were allowed to vote. 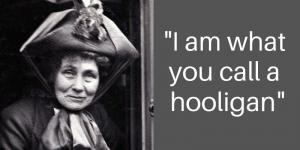 Emmeline Pankhurst had said in 1911 ‘When the long struggle for the enfranchisement of women is over, those who read the history of the movement will wonder at the blindness that led the Government of the day to obstinately resist so simple and obvious a measure of justice.’ This sentiment certainly rings true to this day.

If you are interested in our other blog posts about historical events, click here to see our range of articles. We have a wide range of products to celebrate your ancestry.  Be sure to visit our shop for some inspiring ideas. Also of interest maybe our D-Day Landings Book.