Valentine’s Day is a special time of year, when romance and love are celebrated with gifts such as flowers, chocolates and cards. Many people also choose other personal gifts to display affection. But have you ever wondered how Valentine’s Day all started or what the tradition of Valentine’s Day is all about? In this article, we look at why we celebrate this special day on February 14th every year.

So how and where did it all begin? The day gets its name from a saint, but there are several stories of who this mystery man actually was.

The Catholic Church recognises at least three different saints named Valentine, all of whom were martyred. The popular belief is that Valentine was a priest who served during the third century in Rome. Emperor Claudius II decided that single men made better soldiers than those with wives and families. So, he outlawed marriage for young men. Valentine, realising the injustice of the decree, defied Claudius.

He continued to perform marriages for young lovers in secret. When Valentine’s actions were discovered, Claudius ordered that he be put to death. However, while in jail he fell in love with the jailer’s daughter. When he was taken to be killed, he signed a love letter ‘from your Valentine’. This was around 270 AD.  Another legend has it that Valentine helped Christians to escape the harsh and brutal Roman prisons. 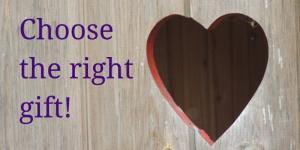 How did Valentine’s Day start?

It is a very old tradition, which dates back to the year 496 and it is thought to have originated from a Roman festival. This celebration was called ‘Lupercalia’ and it took place in the middle of February to mark the beginning of Spring. Bachelors and young women drew name from a box, and then they would be boyfriend and girlfriend for the duration of the festival. Sometimes, the couple would even get married. In later years, the church wanted to turn this into a Christian celebration and used the opportunity to remember St Valentine too. The festival itself coincided with the supposed anniversary of Saint Valentine’s death. In this way, Valentine’s day contains vestiges of both Christian and Roman tradition.

The festival of Lupercalia did eventually become outlawed as it was ‘un-Christian’. At the end of the 5th century, Pope Gelasius declared February 14th as St. Valentine’s Day. However, it was not until much later, during the middle ages, that the day became definitively associated with love and romance. By the 17th century in England, the tradition of Valentine’s Day was established. And by the middle of the 18th century it was common for lovers to send tokens of affection to one another. Printing technology developed apace which meant that by the middle of the 19th century, ready-made cards had begun to replace hand-written letters.

Although the truth behind the legend is somewhat murky, we celebrate Saint Valentine as a sympathetic and heroic figure, but most importantly romantic. The fact that parts of the legend are shrouded in mystery or open to interpretation only adds to the romance. 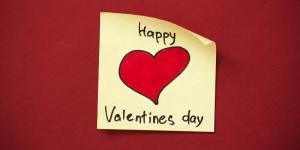 Small things matter when it comes to Valentine’s Day!

Here are six interesting facts you may not know about St. Valentine. 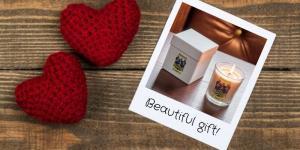 How do we celebrate today?

Nowadays, Valentine’s Day is as much part of the annual calendar of celebrations as Christmas and Easter. It is now an opportunity for couples to celebrate and declare their love for one another. Love means different things to different people, and how they express those emotions. For example, in a recent Facebook post, we asked our followers what the word ‘Togetherness’ means to them. We got dozens of comments and they were representative of a broad spectrum of emotions. Comments ranged from thoughts of cosiness and trust to telepathy and wine! Our graphic below shows just a few of the comments… 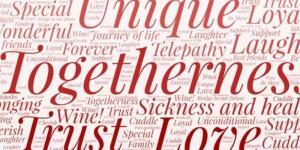 Valentine’s Day is all about togetherness

In previous centuries, letters and cards were sent and this tradition continues to this day. However, there is now a far greater desire to give gifts that are truly personal. People want to choose gifts that show real care and attention to detail, that the recipient can cherish forever. We are often surprised and touched by the messages of affection that our customers choose to engrave on their crystal gifts.

Sometimes it can be useful to seek inspiration for your engraving to help turn a stylish gift into something truly memorable. When you are looking for a personalised gift for a man or a special lady in your life, it is important to keep the recipient in mind. It is about what they would like and enjoy, so make sure your choice reflects this. And don’t forget that the little things matter! That cup of tea in bed, that post-it note in the cupboard. 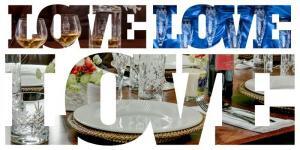 Choose a personalised gift to show your affection.

What is the best Valentine’s gift you’ve ever received? Do you have a romantic story to share? We’d love to hear! Let us know in the comments below. For a wide range of gifts we offer for your loved one, visit our shop. Our double coat of arms makes a great gift for a wedding or anniversary!