Hobby Horse – Where Did The Tradition Come From? 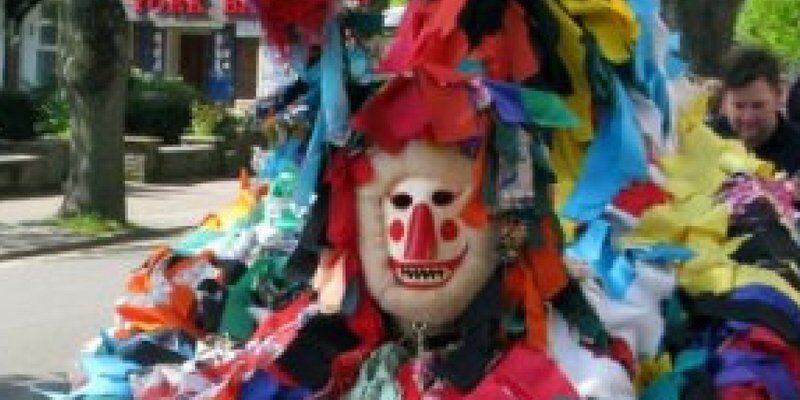 Hobby Horse – Where Did The Tradition Come From?

As we approach May Day, it is a good time to have a look at one of the more unusual customs from this time of the year – The Hobby Horse. Our head office is based in West Somerset, and in the nearby town of Minehead.  The tradition of the hobby horse in Minehead is as strong now as it ever has been.

There are also other similar traditions recorded form this particular stretch of South West coastline, but Minehead and Padstow are the towns where this curious tradition prevails. Although the origins of this festival have been lost in history, it can be traced back to at least 1792  There is mention in local ledgers.

One theory is that is a tradition to help ward off Viking invasion, scaring away potential invaders. The hobby horse itself is also understood to be a fertility symbol and is an unusual sight. Although it is called a ‘horse’ it is very roughly boat-shaped, made from a wooden frame draped with sacking.

It is festooned with brightly-coloured ribbons and feathers, and a long tail. Its wearer is a local inhabitant, whose head is pushed through a hole in the Hobby Horse’s back. This allows him to stand underneath the structure.

Festivities begin on ‘warning night’, the evening before the 1st of May, when musicians begin to play music known as the ‘Hobby Horse song’. The first day of May begins with the beating of a drum and The Hobby Horse dances. He frolics around the town, rampaging and stalking the streets, chasing the children and bowing to the women, along with rival ‘Horses’.

It is accompanied accordians, and traditionally also by whistles, fiddles (and possibly even bagpipes at an earlier stage). It eventually proceeds to Dunster Castle, collecting charitable donations for charities such as the RNLI. Woe-betide those that dare not to give – they might get lashes with the tail of the Hobby Horse!

On the third day of festivities, the horse undertakes a ‘booting’. This is where its victims are caught and ‘booted’ ten times by the bow of the horse, while being held by members of its accompanying crew. This victim must then dance with the horse, while avoiding getting a lash by its tail.

This is then repeated on another victim in the town centre where the old Hobby Horse takes his final bow of the season. Ready to appear again the following year. Usually, each day ends in one of the local taverns. The last evening is particularly rowdy, as the tour of the Hobby Horse lasts for three days!

Needless to say, this unusual and surprising pagan tradition attracts considerable interest locally and further afield. The spectacle of the Hobby Horse horse has appeared at the Royal Albert Hall, The Commonwealth Institute, London, The Universities of London and Exeter, two of the World Trade Fairs, at Brussels in Belgium and Olympia in London and The Assembly Rooms, Derby.

Why not come to Minehead this May and see for yourself? Just watch out!