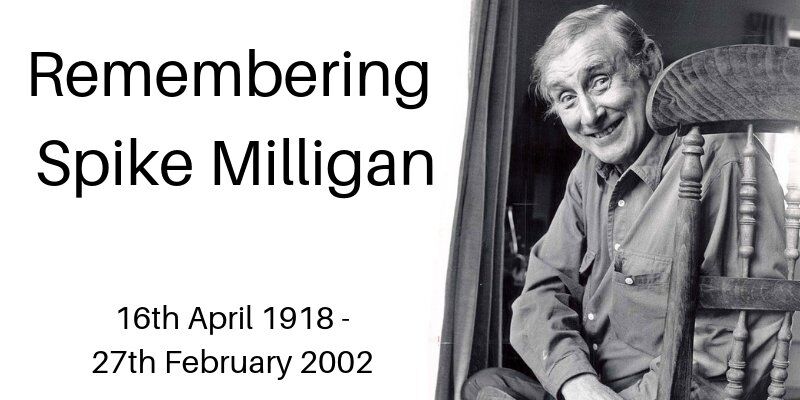 The legendary British-Irish comedian Spike Milligan died on  February 27th, 2002. Born to an English mother in April 1918, ‘Terence Alan Milligan’ father was born and raised in India, the son of an Irish captain serving in the British-Indian army. Disliking his first name, Milligan later changed it to ‘Spike’. Remembered for his extraordinarily witty one-liners, Spike Milligan was also a poet, writer, actor and playwright, who found fame as part of The Goon Show. He had also served as a Signaller in the Artillery during WW2: Even in wartime, Milligan performed comedy sketches to entertain the troops. He was a highly complex character and leaves a legacy of laughter and thought-provoking observations. Here we celebrate some of his most famous quotes. 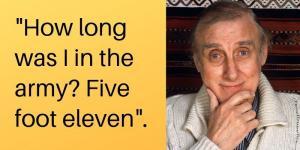 “My Father had a profound influence on me. He was a lunatic”.

I thought I’d begin by reading a poem by Shakespeare, but then I thought, why should I? He never reads any of mine”.

“All I ask is the chance to prove that money can’t make me happy”.

“And God said, ‘Let there be light’ and there was light, but the Electricity Board said He would have to wait until Thursday to be connected”.

“It was a perfect marriage. She didn’t want to and he couldn’t”.

“Money can’t buy you happiness but it does bring you a more pleasant form of misery”. 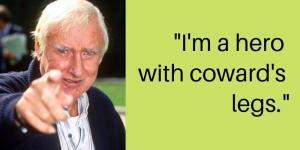 Spike Milligan’s quotes are popular to this day.

“Are you going to come quietly, or do I have to use earplugs?”

“Contraceptives should be used on every conceivable occasion”.

“Money couldn’t buy friends, but you got a better class of enemy”.

“I have the body of an eighteen year old. I keep it in the fridge.”

“The Cordon Bleu gourmet dinner turned out Cordon Brown. Six out of ten to the chef for trying and ten out of ten to us for eating it.”

What are your memories of Spike Milligan – do you have a favourite sketch? Tell us in the comments below. Do you have Irish ancesty too? You might be interested to read our blog posts about Celtic Roots including an article with useful links for people wishing to trace their Irish roots. Also, we have a wide variety of gifts relating to your Irish surname.  Be sure to visit our shop for fabulous gift ideas. Find more facts about St Patrick’s Day by clicking here. Spike Milligan was famous for his words of wisdom.  We asked our customers to share their favourite ones too.