Every year on March 17th, St Patrick’s Day is celebrated, not just in Ireland but worldwide. But what are the origins of St Patrick’s Day and how is it celebrated? Of all the saints’ days, St Patrick’s Day seems to be the one that is most popularly supported, even by those that are not Irish. As a cultural and religious celebration of spiritual renewal, its symbols include everything from the shamrock to the Irish colours of green and gold.

Who was St Patrick?

St Patrick is the patron saint of Ireland. It’s believed that St Patrick was born in the late 4th century, and he is credited with bringing Christianity to Ireland. He is noted for having driven the serpents from Ireland, and it is likely that these ‘serpents’ were in fact symbols of the pagans, who commonly worshipped serpents. He is said to have converted warrior princes and chiefs to Christianity at Tara, abolishing the pagan rights of the druids. An account of St Patrick’s death, supposedly on March 17th, says that he ended his days in Glastonbury, Somerset. Certainly, it is true that a chapel in his honour exists at Glastonbury Abbey. 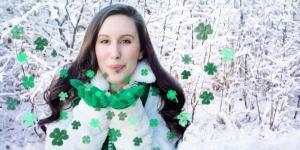 The shamrock is a popular Irish symbol

What is the symbolism of the shamrock?

It is said that St Patrick used the shamrock as a symbol to explain the holy trinity to the pagans. Hence its adoption as the national symbol of Ireland. On St Patrick’s Day, it is now common to see the shamrock symbol on everything from bunting to confetti and even fancy dress costumes.

How do people celebrate?

Celebrations generally involve public festivals, cèilidhs and parades. It is usual for people to dress in green attire. Irish food is often part of the celebrations, as is the popular Irish tipple, the point of Guinness! Of course it wouldn’t be the same without a good drink! You could take yours in a pint glass with the earliest heraldry for your Irish name.

If whisky is more to your taste, then you’ll want a glass to make your friends envious – check out these whisky tumbler ideas. You never have to look far on St Patrick’s Day to find some sort of celebration taking place. Irish pubs are always at their busiest on this special day in the Irish calendar.

If you are raising a glass to St Patrick, then be sure to end your toast off with a hearty ‘Sláinte!’ (pronounced ‘slawn-CHA’). It means ‘Health!‘ and is the Irish equivalent to ‘Cheers!’ 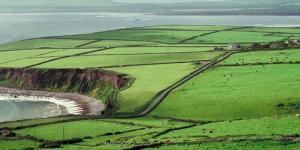 To the many Irish settlers across the world with a pride in their Irish surname history, St Patrick’s Day has come to symbolise huge celebrations. These include parades, music and songs, Irish food and drink and of course Irish jokes. It can be said that without a doubt the Irish know how to party. Interested in your own Irish surname origins? Click here.

Find out ten facts you might not know about Ireland. Let us know how you will be celebrating St Patrick’s Day, and where. We’d love to hear!