The History of Welsh Surnames 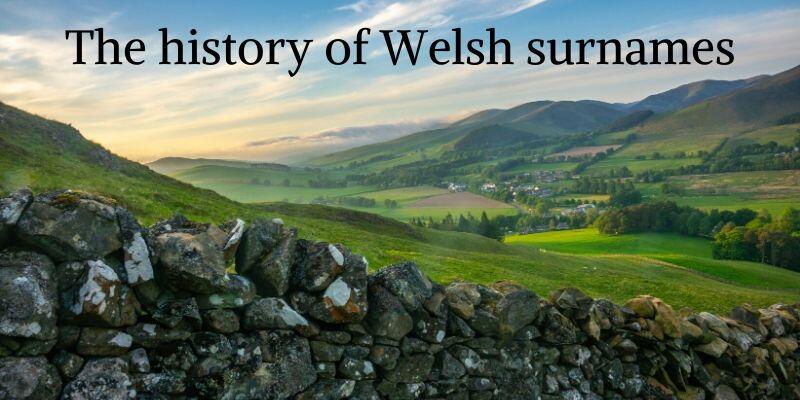 Have you ever wondered why there are so many Jones’ in a Welsh phone book?There is a plethora of surnames which appear in the History of England. Compare that with the genealogy of Wales, which can prove extremely complex. Especially when trying to untangle completely unrelated individuals from a very small pool of names.

The limited range of Welsh surnames is due in large part to the ancient Welsh patronymic naming system. This is whereby a child took on the father’s given name as a surname. The family connection was illustrated by the prefix of ‘ap’ or ‘ab’ .(A shortened version of the Welsh word for son, ‘mab’). Or in the woman’s case ‘ferch’ (the Welsh for ‘daughter of’). Proving an added complication for historians, this also meant that a family’s name would differ throughout the generations. However, it wasn’t uncommon for an individual’s name to refer back to several generations of their family. For example, names such as Llewellyn ap, Thomas ab, Dafydd ap, Evan ap, Owen ap John being commonplace.

In the 1300s, nearly 50 per cent of Welsh names were based on the patronymic naming system. And in some areas 70 per cent of the population were named in accordance with this practice. Although in North Wales it was also typical for place names to be incorporated. Plus, in mid Wales nicknames were used as surnames. The patronymic naming system was reputedly introduced as a direct result of Welsh Law. This is alleged to have been formally introduced to the country by Hywel Dda (“Hywel the Good”). He was the King of Wales from Prestatyn to Pembroke between 915AD and 950AD. He was often referred to as Cyfraith Hywel (the Law of Hywel). The law dictated that it was crucial for a person’s genealogical history to be widely known and recorded.

However, in the wake of the Protestant Reformation in Europe during the sixteenth and seventeenth centuries, this was all set to change. The English Reformation resulted in part because of the religious and political movement affecting the Christian faith across most of Europe. However, it was largely based on government policy. Namely Henry VIII’s desire for an annulment of his marriage to his first wife, Catherine of Aragon. Catherine had been unable to bear Henry a son and heir. And so, he feared a reprisal of the dynastic conflict suffered by England during the War of the Roses (1455-1485). This is the war in which his father, Henry VII eventually took the throne on 22 August 1485. He became the first monarch of the House of Tudor.

Henry VIII and Catherine of Aragon 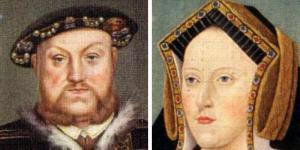 Henry VIII and Catherine of Aragon

Pope Clement VII’s refused to annul Henry and Catherine’s marriage and leave Henry free to marry again. Therefore, this led to a series of events in the sixteenth century which culminated in the Church of England breaking away from the authority of the Roman Catholic Church. As a result, Henry VII became Supreme Governor of the English Church. And the Church of England became the established church of the nation. In this way, doctrinal and legal disputes now rested with the monarch.

The last Welsh Prince of Wales, Llewellyn ap Gruffydd, had been killed during Edward I’s war of conquest in 1282. Plus, Wales had faced English rule, with the introduction of English-style counties and a Welsh gentry. This was was made up of Englishmen and native Welsh lords. These lords were given English titles in exchange for loyalty to the English throne. However, Welsh Law still remained in force for many legal matters up until the reign of Henry VIII. Henry VIII’s family the Tudors were of Welsh decent from the Welsh house of Tudur. He had not previously seen a need to reform the Welsh Government during his time on the throne. But in 1535 and 1542, Henry introduced the Laws in Wales Acts 1535-1542. This was as a result of a supposed threat from the independent Welsh Marcher lords

These laws meant that the Welsh legal system was completely absorbed into the English system under English Common Law. The English Lords (who had been granted Welsh land by Edward I) and their native Welsh contemporaries, became part of the English Peerage. The creation of a modern sovereign state of England, meant that fixed surnames became hereditary amongst the Welsh gentry. This custom slowly spread amongst the rest of the Welsh people.  Although the patronymic naming system could still be found in areas of rural Wales until the beginning of the nineteenth century.

The change from patronymic to fixed surnames meant the Welsh people had a limited stock of names to choose from. This was not helped by the decline in the number of baptismal names following the Protestant Reformation. Many of the new fixed surnames still incorporated the “ap” or ab. This created new names such as Powell (taken from ap Hywel) and Bevan (taken from ab Evan).

However, the most common method for creating surnames came from adding an ‘s’ to the end of a name. This is where the most common modern Welsh surnames such as Jones, Williams, Davies and Evans originated. There was an effort to avoid confusion between unrelated individuals bearing the same name: The nineteenth century saw a rise in the number of double-barrelled surnames in Wales. These often using the mother’s maiden name as a prefix to the family name. 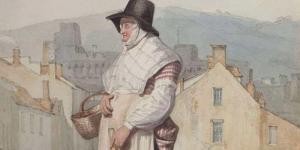 Most Welsh surnames are now fixed family names, which have been passed down through the generations. However, there has been a resurgence of the patronymic naming system. Especially amongst those Welsh speakers who are keen to preserve a patriotic history of Wales. In more recent years, and in a return to a more independent Wales, the Government of Wales Act 2006 created the Welsh Assembly Government. There has been a delegation of power from Parliament to the Assembly. This gives the Assembly the authority to create “Measures”, or Welsh Laws, for the first time in over 700 years. Although for the sake of the Welsh telephone book, let’s hope the patronymic naming system doesn’t make a complete comeback!

You may also be interested in these other blog articles: Who Was St David?, and Tracing Your Welsh Ancestors.

Our thanks once again to Historic UK for providing this detailed insight into Welsh surname and their origins. Please tell us about your won Welsh name in the comments! If you would like to order a surname scroll for your own Welsh surname, click here.