Surnames and How They Originated 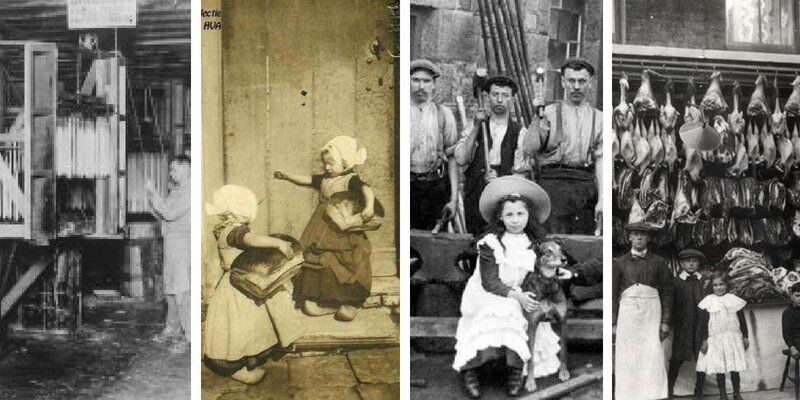 Surnames and How They Originated is a fascinating subject. At the moment there are at least 45,000 different surnames in the UK, all with their own significance and meaning, but how did they come about?

The surname ‘system’ came about quite simply because we needed to distinguish between different people of the same Christian name.

Imagine if we didn’t have surnames now, we’d have to resort to calling people by characteristics or traits, such as ‘Short John’, ‘Big John’, ‘Bald John’, ‘John the Butcher’, ‘John who lives on the Hill’ etc, which is exactly what happened back in Anglo-Saxon times when communities became larger.

To cut a long story short (we will address this at a later date) surnames came into general use from about 1400 onwards in England and Lowland Scotland and the categories are as follows:

The suffix son is probably the best well known here ‘Jackson’, ‘Johnson’ with the literal meaning of being a son of so and so, an additional ‘S’ often meaning the same. These names often evolved into other names or with different derivations eg. Johnston, Johnson, Jonstown.

Fitz originated from the Normans and were French speaking, ‘O’ again meaning ‘son of’ was and is fairly numerous in Scotland and Ireland.

Local Names – Surnames and How They Originated

Specific places such as towns, counties or countries were also in use for surnames eg,. Cornish, Welsh, Bury, Lancaster.

The name ‘Thorpe’ means ‘a village’ and there are numerous names that include the old English suffix ‘tun’ which means ‘a grassy settlement between farmhouses’, examples still in use today are Heaton, Paxton, Dufton, Bolton and Milton.

Surnames were commonly given because of a person’s job or trade.  Even a thousand years on, some of the most common names are Smith, Taylor and Wright.

Specific industries would have brought about different names.  For example the building trade gave us surnames such as ‘Thatcher’, ‘Lederer’, ‘Dyker’ (stonemason) and many of these would have been locality specific or more prevalent in particular areas as different regions specialised in different trades.

Those who worked with animals would have included; Fowler (bird-catcher), Farmer, Marshall (horse-doctor), Cockshot (a net used for catching Woodcock), or Pig meaning someone who kept a swine herd!

Names ending with –er and –man usually denote an occupational name, as in the case of Fletcher (arrowmaker, which could be classified in military surnames also), Fisher, Barker (tanner), Spencer (dispenser, usually a Butler or Steward), Currier (hide-curer)….the list goes on.

Many surnames are associated with the making/growing or delivering of food; specifically, Baker, Butcher, Fisher, Cooke, Brewer, or Herring (catcher or seller of herrings).

Nickname surnames were hereditary and are widespread.  Physical attributes obviously accounted for many including, Large, Heavy, Small, Whitehead (white hair or complexion) and some of my own personal favourites include Chicken – someone with the characteristics of a chicken (one can only imagine), Cox, someone who resembled a rooster, an early riser or perhaps someone who strutted proudly, and Pate meaning a bald man!

Nicknames would also have arisen from the temperament, character or intellect of the person.  Goodchild – someone who was a good person or well liked, similarly Trueman or Fair. ‘Dolittle’ would have been a lazy man!  ‘Todd’ and ‘Trick’ would have both been cunning or ‘Fox’ meaning to be sly.

Pastimes and hobbies are often in use as surnames too.  The name ‘King’ would have been for someone who played the part of the King in a pageant or someone of kingly appearance perhaps.  ‘Loveday’ for someone involved in the medieval custom of reconciliation of disputes or feuds on Loveday (shame this isn’t still a custom now).

It is also possible that names were is use in an ironic sense or have two possible interpretations, for example Loman may have indicated a tall or short person and Blake may have been used for someone with a swarthy complexion or dark hair or as entirely the opposite to mean a pale complexion or fair haired from the Old English ‘blac’ meaning wan, white or fair.