The tradition of the poppy 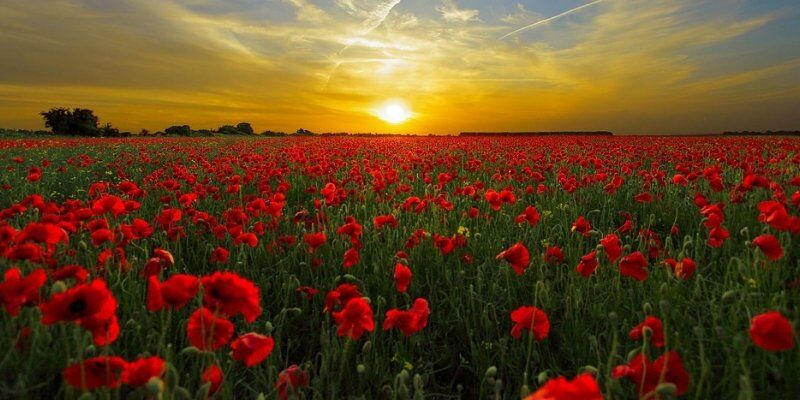 Is there a correct way to wear a poppy? Are you wondering where the tradition of the poppy originated?  This article helps to explain the etiquette of this national tradition, as well as some of its rich symbolism and also its controversy.

What is the poppy appeal?

Each November, millions of people around the world purchase a red poppy and wear it as a symbol of remembrance and hope. In England, Wales and Norther Ireland, the appeal is run by and in support of the Royal British Legion.  It is a way to show respect and remembrance for those that have given their lives for their country. The tradition of the poppy applies to those who fought in the two World Wars and subsequent conflicts. Therefore, the British Legion website states that “it is a day for the nation to remember and honour those who have sacrificed themselves to secure and protect our freedom”.

The symbolism of the poppy

The poppy grows wild in many of the fields of France and Belgium.  This is symbolic because these fields were the site of such bloodshed and tragedy during World War One.  It must be remembered that despite the destruction all around, the poppy flower continued to flourish. The poppy was designed to be a fitting emblem to remember those who died.

When to wear it

Another key point in the tradition of the poppy is when it should actually be worn. This is often the subject of debate. Some say that you should wear a poppy from October 31st, but others say that it should be worn in the eleven days leading up to November 11th. Ultimately it comes down to personal choice. It is evidently a topic of some confusion and of course many people have an opinion!

Where to pin your poppy

In the same way, the subject of where to pin your poppy is hotly debated. Many people say that the poppy should be worn on your left lapel, symbolising that you keep those you hold dear close to your heart. Although some people say that women should wear their poppies on the right, the Queen wears hers on the left. According to the British Legion themselves, ‘there’s also a myth that only members of the Royal Family are allowed to wear theirs on the right – this isn’t true’.

What about the leaf? 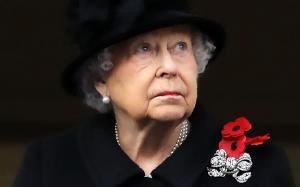 The Queen wears her poppies on the left.

The tradition of the poppy is also popular in both England, Wales, and Scotland, although the appeal is not run by the Royal British Legion in Scotland. It is still a symbol of remembrance but has four petals with no leaf. ‘Poppy Scotland’ produces poppies for Scotland. Most of these are made in a factory in Edinburgh by veterans with disabilities.

British troops deployed to Northern Ireland became involved in fierce fighting with anti-British paramilitary groups. On one of the blackest days, a remembrance service in Enniskillen was bombed by the IRA. The symbol of the poppy is divisive to some people – it is seen to represent ‘Britishness’.

Following the two-minute silence, the following exhortation is read:

“They shall grow not old, as we that are left grow old,

Age shall not weary them, nor the years condemn.

At the going down of the sun, and in the morning

We will remember them.”

The poppy appeal raises funds for those in need in the Armed Services and their families. To summarise, it helps those in financial need, emotional distress, or in poor physical health, including those with disabilities. Nowadays, there are many other ways of supporting the poppy appeal. For the purpose of fundraising, the British Legion sells a wide variety of poppy-related gifts. As well as the tradition of the poppy itself, as a pin-badge worn on the lapel, there are now a wide variety of products available. All of these raise funds to support the appeal. In fact, there are a huge variety of items available!

Were your ancestors involved in World War One, the fields of which were the inspiration of the tradition of the poppy? We’d love to hear your stories. Is one of your military ancestors a ‘notable name bearer’ on one of our surname history scrolls? If not, we can even add them for you! For inspiring gift ideas, be sure to visit our shop.