The Heraldic Artist and Interpretation 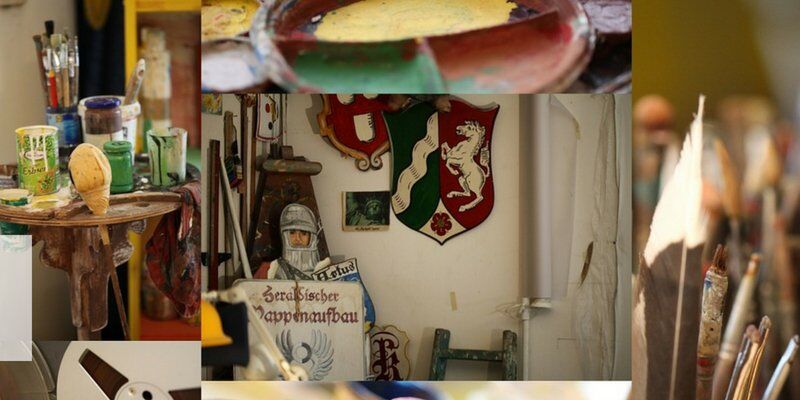 The Heraldic Artists even today, have a formidable challenge. Whilst he may enjoy considerable freedom, within certain limits, the objects in the coat of arms and crest, their colours, disposition and symmetry may not alter.

Unfortunately, attempts by layman and even some commercial graphic artists often result in some classic mistakes or incongruities. A “lion rampant, gules, armed and langued, azure” can be fat, thin, hairy or bald, happy or angry. However, it must be in the rampant position, coloured red and the tongue and claws of blue. Obviously, its resemblance to a real lion is obscure.

Historically, the heraldic artists’ only choice was often to render an animal as he thought it would appear. Therefore, many modern artists portray their lions with the claws and head of a similar size. This is because people traditionally believe that the lion’s claws are just as important as the lion’s head.

The martlet is another example of an apparent mistake by heraldic artists. Martlets are traditionally drawn without legs but tufts of feathers. The real reason for this apparent mistake is unclear. Some say legless birds like these were to be found in the Holy Land at the time of the Crusades. Others say that the birds like these follow ships endlessly for scraps of food and as they never seem to land, they had no legs. Whatever, the real reason, it matters not as Martlets are always correctly drawn without legs. This is even when is is for the mark of cadency for a fourth son.

Find out if your surname has a coat of arms.