A visit from Neil Morrissey! 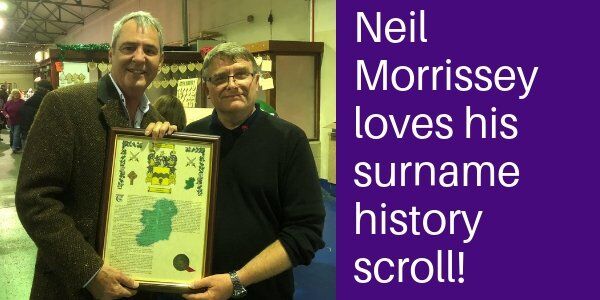 A visit from Neil Morrissey

We were thrilled to have a visit from Neil Morrissey at our stall in Brecon recently. Our retailer Chris Walsh got a surprise visit from the famous TV personality, who had officially turned on the Brecon Christmas lights. Thousands flocked to the town last Saturday, to be part of the annual festive switch on and ‘Brecon with Bells’ event.

Morrissey, famed for being the voice-over of popular children’s TV character ‘Bob the Builder’, switched the lights to the tune of ‘Can we fix it?’. The famous song was number one in the UK charts for three weeks in 2000. ‘Men Behaving Badly’ was another TV series for which the actor is well-known. He spent many hours in the town, soaking up the festive atmosphere and talking to visitors and traders around the town. A full profile of Neil Morrissey is available from Wikipedia. For example, he paused for ‘selfies’ with many members of the crowd. Plus he took the time to talk to many visitors, which really made their day.

Councillor Morgans, who orchestrated the visit, said “Neil absolutely enjoyed himself and he’s said he will be visiting again in the summer. He was really over the moon with the welcome he got here. I was with him all day, and he had loads of photos. It was absolutely incredible.”

Our retailer Chris Walsh had his stall at the craft fair in the town, which was on at the same time as the switch-on. Morrissey was being shown around by local dignitaries.  He showed great interest in the various stalls which were packed with festive treats and gifts. “My wife didn’t actually realise it was him to start with” explained Chris. “He came along to find out about what we do, and if we had his name on record. Luckily, and completely co-incidentally, we had a sample surname history print for the name Morrissey on display”. What a stroke of luck for Chris, pictured above with Morrissey, happily holding his surname history print.

In addition, last year Joanna Lumley turned on the festive Brecon lights and also visited Chris at his stall. “She was really pleased to read that her surname history mentioned Durham, as she has family connections there” said Chris. Similarly, Sir Paul McCartney has previously made a purchase from Hall of Names, when he was with Heather Mills. It seems that despite their fame, celebrities love to know about their surname’s past just as much as the rest of us! 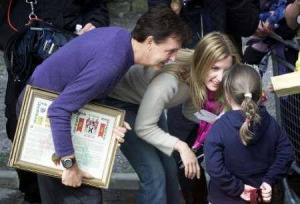 Of course, we have a wide range of gifts to celebrate your own history.  Be sure to visit our shop for some fantastic inspiring ideas.