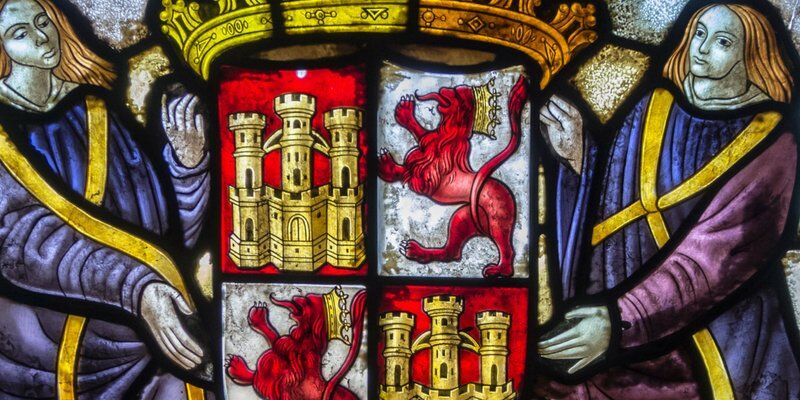 This appears at the top of the coat of arms and would have originally been worn on a knight’s helmet. This crest is shown resting on a wreath, coronet or cap. The wreath represents the twisted scarf which binds the crest to the helmet.

This hangs from the helmet on the coat of arms and represents the cloth originally protecting the crusading knight from the sun.The raggedness potentially indicated sword cuts received in battle.

These are figures of people or animals and are placed on either side of the shield. Originally, these may have represented the knights pages who guarded his shield before battle.

This is usually a short sentence or phrase and is likely to have originated form the medieval knight’s war cry. It serves as a rule or encouragement and may be a phrase such as ‘Stand Fast’, ‘Victory’ or ‘Death’. A complete coat of arms includes the shield and the elements we mention here is called an ‘achievement’.